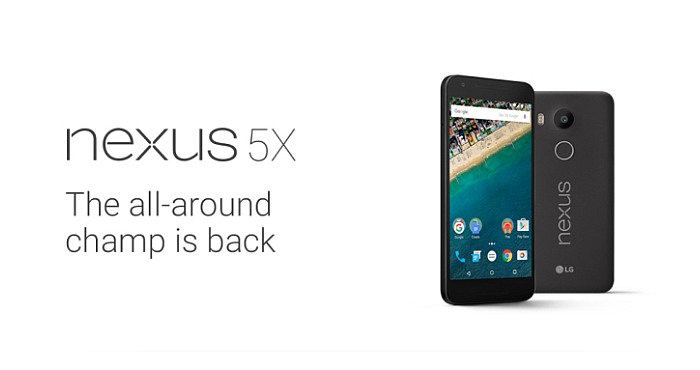 Google has launched Nexus 5X Smartphone this year. It comes with a lot of aspects that made it so adored. It is developed by LG, it has a solid list of specs, and it is usable in one hand. Without mincing word, Nexus 5X would be it, if ever you could say that a Smartphone was fan service.

This Smartphone has great design, and it stands out from the crowd. Google claimed that the phone is using Gorilla Glass 3, similar to the one on Nexus 5.

Compared to the ordinary 5, there are a couple of minor changes. The 5.2-inch, 1080p display is somewhat larger and it is sharp and nice to look at. Although the speaker of this Smartphone has been relocated to the front from the bottom of the phone, it is still a single speaker. This new phone now uses a USB Type-C cable for charging, and this looks more of a bother than expediency at this point.

Google offers a single, short Type-C cable in the box that is impossible to plug into a normal USB port without an adapter. Therefore, you should make provision for extra to change all the useless Micro USB cables lying all over your home.

The new 12-megapixel camera is the biggest update for the 5X. This best camera ever put in a Nexus device is the same camera Google is using on the 6P. It comes with large pixels and it is capable of taking great photos in most lighting situations. The camera is so much better, compared to those on earlier Nexus phones. Without doubt, you will really be definitely be happy with the pictures coming out of 5X.

Furthermore, 5X has the most recent Android software and zero bloatware as a Nexus phone. It takes advantage of all the highlight features of Marshmallow. 5X can respond to voice commands without having to wake the screen and you can also use it to set alarms and random Google searches for the whole day.

With the exception of few issues like lack of wireless charging, there is just very little that you will have to complain about as a Nexus 5 lover. It is cheap, compact, and performs very well. Have you been looking up to the new Moto X from Motorola or the plethora of other phones within a reasonable price range? Then, Nexus 5X is really a compelling option.