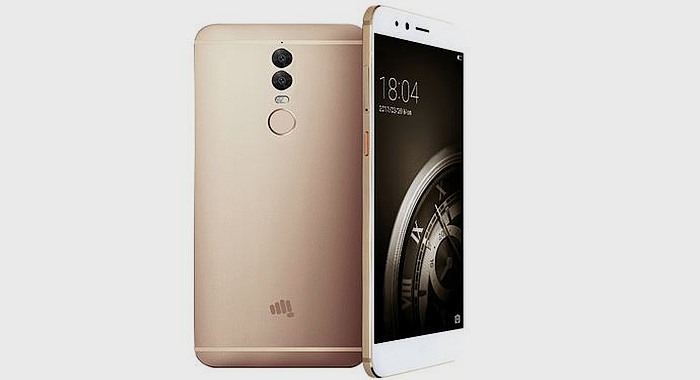 On 21st March, Micromax released a teaser for its upcoming event. The teaser was a little bit unique. The teaser simply shows the cube of 13 which result in 2197. But Actually after shuffling the number, We got a date for Micromax’s upcoming event which will be held on March 29, 2017. This teaser did not reveal What would come in the event? But some old teasers suggest that Micromax may unveil a new Smartphone in this event. The main thing which is notable here is that the event date is coinciding with Samsung Galaxy S8 launch date.

The company released many teasers in past weeks which pointing towards What could we expect in the upcoming event? Last week Micromax tweeted a GIF in which two circles could be observed with the tagline “Cannot Overlook”. This gave us Hint that Micromax may be planning to launch a Dual Rear Camera Smartphone.  It should be noted that Last Month, an image of Dual Rear Camera Phone with the branding of Micromax was leaked on Weibo. Apart of this, The image showed that the phone would have curved metallic design. If this is true then The upcoming Micromax phone is first Micromax’s Dual Camera phone.

If we look closer to the recent teaser ( 13-cubed teaser) then We can predict this also that the phone may have 13 MP Rear Camera and 13 MP front camera or We can Predict that it may have two 13 MP rear camera which holds dual camera rumor.

Few days Ago, Micromax tweeted some jumbled images for fans to guess the features of upcoming Smartphone. Based on that Tweet, We can predict that the upcoming smartphone may have 4G VoLTE, Google’s Duo ( Video Calling App) and 12 regional languages.

Chinese brands like Xiaomi, Oppo and Vivo has covered the whole Indian Markets in Low Budget segments which lead to the worst impact on Micromax. Micromax was known to made best phones at Low prices. But now Many competitors came for Micromax. May this step of introducing a High-End feature in Middle-Range Smartphone will help Micromax.