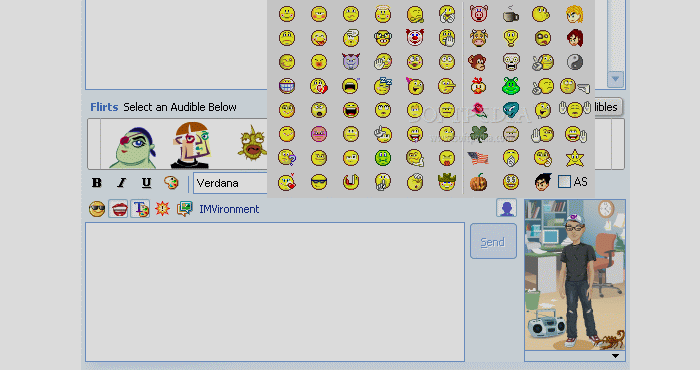 Yahoo Messenger presents new emojis, read receipts, as well as typing indicators in its new update. Even being late to the competition in the online market, Yahoo rolls out the three highly important updates which are intended to improve the user’s experience especially for the people who still use to work on the Yahoo Messenger and the website of Yahoo. The read receipts work in the same way as the blue ticks of the WhatsApp which show that the user had read the message sent by you.

The typing indicators of Yahoo have got signified by the three ellipses which show up as the user you are having a conversation with starting to do typing. When the regular emojis don’t feel sufficient, there is the supposition that larger is always good and the emotions behind this are very easily conveyed. The emojis at Yahoo are of similar type. These updates are available on the Apple app store, Google app store and also on the desktop.

The earlier updates made by Yahoo in August 2016, made up gradation in the messenger app for the Windows and Mac. And, you could immediately share the gifs and photos in the regular conversations whenever you liked to do. Then the Yahoo Messenger included the drag and dropped feature which let the users to share the multiple pictures at a time. It also lets the users to like the photo or any post made by the friends. It also included the desktop notifications so that users who were doing multitasking didn’t use to miss any important message.

The most amazing part of these updates was the unsend option which allows to unsend anything by taking back the photo or the gifs which you should not have sent. The company has faced the huge hack where thousands of accounts got compromised the forcing Verizon for reworking the deal due to the compromise on the security. The core of Yahoo’s operating business was recently sold off to the Verizon at the cost of $4.8 billion, which is a sad outcome of the former online giant which was large (if not the largest) as compared to Google or Facebook in the past. It was founded in 1994 by David Filo and Jerry Yang as the website which worked like a directory for every other site. Almost one billion people used to enjoy the services of Yahoo in each month.