Talkatone App gets you Relieved from Disquieting Phone Bills

Talkatone App gets you Relieved from Disquieting Phone Bills 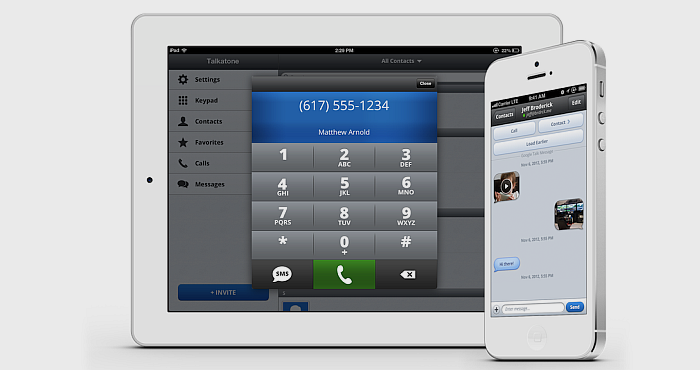 How to Get Started with Talkatone App

To get started with Talkatone App, you need to generate your own phone number with Google Voice. After this, you also need to create an account with Talkatone. You are now set to make calls across Canada and US with the Talkatone and Google Voice. Nevertheless, you have to pay extra charges, if you want to make international calls.

The Recipient Need Not Have Talkatone App Installed

Many other similar apps are available on the Internet that let users send text messages and make calls. Nonetheless, the fact that the two parties need not have Talkatone App is one imperative difference between those applications and Talkatone app. You can make and receive calls from your number, if you have an account with Talkatone. This makes business calls hassle-free and cheap as it is not the best thing to ask the customers to install an app to aid cheaper communication.

Talkatone App Allows You Turn iPod/iPad to a Phone

You can make calls by making use of Wi-Fi connection with the Apple’s Facetime application, preinstalled on the iPad.

You can send text messages and make phone calls with VoIP while travelling or even in areas where there is no cell phone coverage.

It is just wise to switch to Talkatone app and save some bulks on phone bills monthly and put the threat of escalating phone bills at bay, with such lucrative alternatives.